What Is a Thesis? 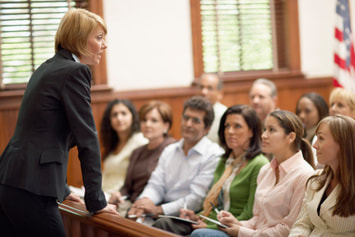 Imagine that you have been summoned to serve on a jury. On the first day of the trial, a lawyer approaches the jury box and says: "Ladies and gentlemen of the jury, I'm going to tell you the truth about what happened. On the night of June 16th of last year, Aubrey Kennedy was driving down Van Ness Avenue, and . . . 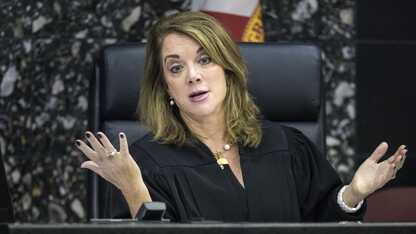 You explain to the judge: "This lawyer has not identified herself! How am I supposed to know what side of the argument she's on? Who does she represent? Is she the prosecutor? Is she trying to put Ms. Kennedy in jail? Or is she the defense attorney, the person claiming that Ms. Kennedy is innocent?"

"Does it matter?" asks the judge. (Apparently, this judge has never been to law school.)

"Of course it matters!" you answer. "I want to know what side she is on, before I listen to her arguments."

"Okay," says the judge. "That makes sense. From now on, every lawyer must identify herself before speaking to the jury. That way, the members of the jury can know up front what side of the case they are representing." 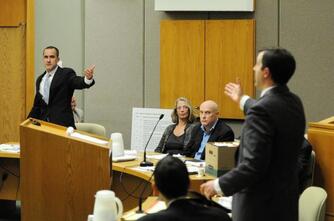 And that, in a nutshell, is the purpose of a thesis. A thesis statement tells the reader: This is the side of the argument that I'm taking. This is the main point that I'm trying to make."

And just as in the scenario above, it makes sense to start with your thesis. Nobody wants to read a long essay, wondering all the while: "What is the thing that this author is trying to get me to believe?"